If you follow me on social media (I am @blm03 on all platforms) or are a regular reader here, you will know that I attend Chicago Open Air last summer at Toyota Park in Bridgeview IL. If you are new here, I did quite a few posts about my experience.  Yes, I plan on heading to Chicago Open Air in 2017.

The #1 question I have been getting is if the VIP tickets are worth it.  Now, if you don’t know yet, here’s the lineup for 2017 Chicago Open Air:

Now that you’ve calmed down reading that list of amazing bands, you have to decide which tickets to buy:  single day, weekend bowl, weekend field, and VIP.  Now, single day tickets sold out last year, so if you want to go to this festival, get your tickets now.  (After showing my Lyft driver this lineup last week, he went and bought a ticket!)  These are all different price points (which I’m not listing because as it gets closer, the prices go up).  Now, before you go into sticker shock, let me tell you why VIP is worth it.

First, if you are a girl, you will never stand in line for a bathroom.  Seriously.  I’ve done festivals before and missed bands, because I had to pee.  I never once had to stand in line ever.

Second, no/or really short lines for food.  You don’t want to stop jamming for food.  However, you have three days of bands so you really have to eat or you aren’t going to make it.  The VIP section has its own food people in there.  We stood in line no longer than 5 minutes to get food.  The food was good too.  Super filling, super delicious food was had by all the vendors they had there.  We did try some of the food in the regular venue, and it took forever to get and you are waiting in the sun the entire time.

Third, there is a place to sit down and eat.  Best of all, it’s under a huge tent so you sit in the shade and eat.  There are TVs in there, so you don’t miss a thing from the main stage.  The other fun part of this is that we got to meet some really awesome people who sat at our table.

Fourth, watching from the VIP area is pretty sweet.  Great views that you don’t have to stand for hours to get.  (** that being said, if you want front up against the fence spots for the headliners you will have to stand there from about 4-5 pm.  General admission people were lining up and staying there from the time the gates opened in the morning. )  Also, if you are like us and watch both stages (they stagger the start times so you can see all the bands if you want too!), you only have to walk over to the second stage.  If you have bowl tickets, you are walking up and down the stairs a million times.  It may be because we are older (we both turn 40 this year), but for us this alone makes it worth it.

Fifth, you never know who is going to climb into the VIP section.  (Yes, that’s Marilyn Manson.  I did get to touch him.  That isn’t zoomed in either.  I had one hand on the camera and my other hand outreached.)

Sixth, the VIP had so much less of the “stupid” people.  If you ever have been to concert, you know who I am talking about.  These are the people who get so hammered they can’t stand.  They act like idiots.  The majority of the people in VIP were behaving themselves and it did swing to an older crowd.  For the most part, we met some of the most incredible people.  My favorite was the 60ish reporter who flew in from Seattle for Rammstein.  She is exactly how I want to be when I grow up.

I could go on and on.  Chicago Open Air is one of the best festivals we’ve gone too.  As you can see, I think the VIP tickets are well worth it.  If you head out to Chicago Open Air this summer, let me know so we can Rock On together.  (Is it bad that I am still in love with the shirt Bill bought there last year?  It still makes me laugh.)

A to Z: Everything You Need to Watch on Netflix
CARS 3 – New Trailer 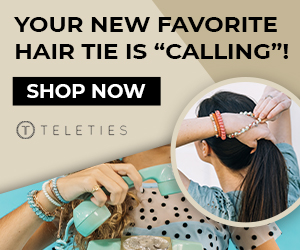